There are reports coming out that the NSA was recently hacked and coincidentally Edward Snowden fell off the map and was presumed dead.

Online, hackers who say they broke into the NSA and took an incredible amount of information are trying to sell the secrets to the highest bidder.

The hackers reportedly posted some secret documents online for free to serve as an example that they were able to get access and retrieve information.

What could be the magnitude of the hack? Former NSA employee and now CEO of a public security firm that deals with similar security issues, Dave Aitel said this about the potential hack.

“It’s at minimum very interesting; at maximum, hugely damaging. It’ll blow some operations if those haven’t already been blown.”

Aitel is suggesting that the hacked information could put operations and operational personnel in danger. If the information leaked threatens the lives of the agents in the field then the hackers could be in a lot more trouble if caught.

One theory that has surfaced recently is that the infamous whistleblower, Edward Snowden, fell off the grid and worked with other hackers to break into the NSA.

Just as the news broke about the NSA hack, Edward Snowden sent a tweet to let is fans know that the rumors of his death were not true. But why did it take a week after his girlfriend claimed he was dead to clear that up?

Right now we don’t officially know that the NSA was hacked, if there was any damaging information taken and if Snowden had anything to do with it.

What we do know is Snowden is not dead, the NSA probably was hacked and that someone that claims to have hacked the NSA is trying to sell information.

When dealing with the secrets of intelligence agencies, don’t expect the news to be very forthcoming, but keep checking back with Liberty News Now for updates.

Let us know below if you think the NSA was hacked and if Snowden had anything to do with it. 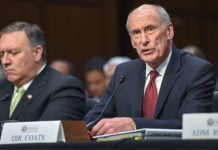