Democrat Rep. Alexandria Ocasio-Cortez desperately wants dramatically higher taxes. But her own mother ran away from New York to escape high taxes; she says her annual property tax bill dropped from $10,000 to only $600 in Florida. She says life is now stress-free.

AOC’s mother knows best: Taxes are too damn high. Higher taxes make life miserable and stressful. AOC’s ideas are proven failures by the experience of her own mother. Common sense.

Here in Las Vegas, MGM has announced layoffs. I guess charging $25 (and more) for parking didn’t work out so well. MGM’s CEO, Jim Murren, thought parking fees would add hundreds of millions to MGM’s bottom line. But I predicted in the Review-Journal what would happen: Many of our 2 million Vegas locals stopped visiting casinos that charged for parking. Instead of gaining $25 per car, MGM lost $100 in slots and meal revenues for each missing local. Dumbest decision in the history of Vegas.

Parking fees are just like taxes. They’re both despised. They both destroy business. Common sense.

Then there’s the ugly Michael Jackson situation. Another bad decision by MGM. A new documentary, “Leaving Neverland,” makes it vividly clear how ugly the Jackson story really is. There is no longer any way to sugarcoat it: Jackson was apparently a pedophile and child abuser. BBC Two — the giant U.K. television network — just announced it will no longer play any music by Jackson. His songs are banned.

Yet MGM celebrates Jackson every night with the “ONE” show at Mandalay Bay. How can Vegas continue to feature a show celebrating a suspected pedophile? Common sense.

Then there’s NV Energy. What a scam they pulled on Nevadans. They convinced the people of Nevada to remain prisoners of their energy monopoly. Meanwhile, all the richest companies in Las Vegas are pulling out like NV Energy has the plague. Then, the coup de grace: The city of Las Vegas itself is about to leave NV Energy. Now the people of Vegas are trapped using a company that their own city is firing. Talk about second-class citizens. This is why freedom, choice and competition are always the answer to any question. Common sense.

Lastly, it was just announced that Sheldon Adelson has cancer. The owner of Las Vegas Sands and the Las Vegas Review-Journal, Adelson is one of the most amazing businessmen in the history of this great country. I got to know him when I founded the Republican Jewish Coalition of Nevada back in the early 2000s. I was so honored that the busy billionaire attended almost every event.

Adelson is one of the greatest philanthropists in the history of the Jewish people. He is one of the greatest American benefactors of Israel. A tough guy rising from poverty in the streets of Boston, he became one of the “kings of Vegas.” An American legend. We’re all rooting for him and praying for him. If God ever created any human being tough enough to beat cancer at the age of 85, it’s Sheldon Adelson. Common sense. Young Dems Square Off With Trump 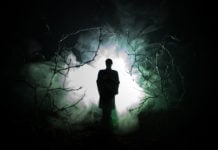