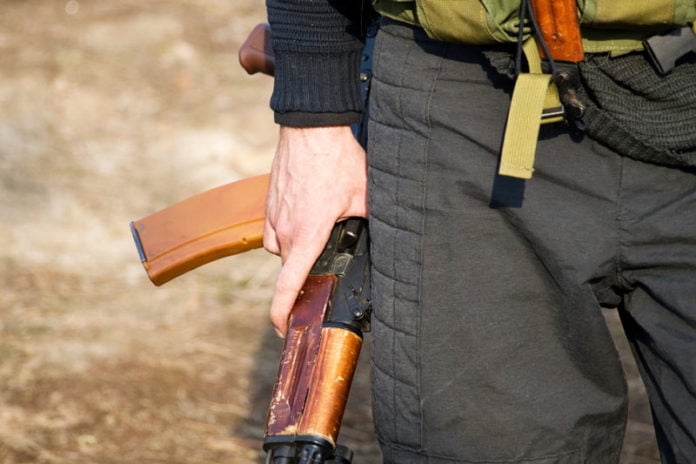 In the frantic effort to close the U.S. military prison at Guantanamo the Obama administration keeps freeing the world’s most dangerous terrorists, this month a Taliban soldier who served as Osama bin Laden’s bodyguard. The Yemeni, Majid Mahmud Abdu Ahmed, will be released to an Arabic-speaking country with “appropriate security assurances” and “reintegration support,” according to the Periodic Review Board (PRB) created by the president to clear out the compound at the U.S. military base in southeast Cuba.

“The Periodic Review Board, by consensus, determined that continued law of war detention of the detainee is no longer necessary to protect against a continuing significant threat to the security of the United States,” the board’s Unclassified Summary of Final Determination states. “In making this determination, the Board noted the detainee’s relative candor in discussing his time in Afghanistan, acceptance of the mistakes he made, and a credible desire to not repeat those mistakes. Further, the board considered the detainee’s age when he went to Afghanistan and having matured since entering detention, the detainee’s compliance while in detention at Guantanamo, and that the detainee has taken opportunities to educate himself while at Guantanamo.”

Ahmed’s Department of Defense (DOD) profile says that he’s a high risk detainee likely to pose a threat to the U.S., its interests and allies and that he’s of high intelligence value. “Detainee is a member of al-Qaida and a bodyguard for Usama Bin Laden (UBL),” the DOD profile says. “Detainee participated in armed hostilities against US and Coalition forces in Afghanistan and admitted fighting for the Taliban on the front lines against the Northern Alliance for two years. Detainee was captured with a group referred to as the Dirty 30 which included UBL bodyguards and a 20th 11 September 2001 hijacker while escaping hostilities during Operation Enduring Freedom.” The profile further says that Ahmed’s comments about America, Bin laden and his willingness to die for jihad indicate he will pose a significant threat if released. Ahmed was captured by Pakistani forces while attempting to cross the Afghanistan-Pakistan border near Parachinar after fleeing to UBL’s Tora Bora Mountain complex, according to the DOD.

Ahmed’s pending release makes him the 35th terrorist that Obama’s PRB has recently approved for transfer to a foreign country. The compound still holds 91 of the world’s most dangerous terrorists, including 9/11 masterminds Khalid Sheikh Mohammed (KSM), Ramzi Binalshibh, Ali Abdul Aziz Ali and Mustafa Ahmed Adam al Hawsawi as well as Abd al-Rahim al-Nashiri, the Al-Qaeda terrorist charged with orchestrating the 2000 attack on the Navy destroyer USS Cole. Last fall Defense Secretary Ashton Carter proclaimed that around half of the Gitmo detainees need to be locked up “indefinitely” even as his boss works to shut down the facility. The administration has considered relocating the captives to military facilities in the U.S., including Ft. Leavenworth in Kansas and the Navy Brig in Charleston, South Carolina. This has ignited outrage among officials in both states.

In the meantime, Obama’s PRB is on a parole frenzy releasing even some of the most wanted terrorists it had previously refused to discharge. Judicial Watchreported on one of the unbelievable cases over the summer. It involves a senior Al Qaeda operative and bin Laden advisor who had been denied parole by the PRB before the board did an about-face. The Kuwaiti national, Faez Mohammed Ahmed al-Kandari, had been a prisoner at Gitmo since 2002, has a history of participating in violent militant Islamic activities, poses a high-risk threat to the United States, has numerous connections to senior Al Qaeda members and was an influential religious figure for Al Qaeda fighters in Afghanistan. Al-Kandari also provided ideological training at the al-Faruq camp and the Islamic Institute in Kandahar and served as a propagandist who produced and distributed multimedia recruitment material and wrote newspaper articles paying tribute to the 9/11 hijackers.

Nevertheless, in July the PRB granted al-Kandari another parole hearing which Judicial Watch covered live via circuit television from a DOD facility in Crystal City, Virginia. High-level sheikhs from Kuwait’s government were present, reportedly to negotiate al-Kandari’s release. They included multiple diplomats, members of the government-run wire service Kuwait News Agency (KUNA), and the Kuwaiti ambassador to the United States, all advocating for al-Kandari’s release. Al-Kandari was the last Kuwaiti prisoner at Gitmo and Middle Eastern news agencies had reported on the Arab nation’s mission to bring him home. In fact, Kuwaiti Deputy Prime Minister Sheikh Mohammad Al-Khaled Al-Hamad Al-Sabah traveled to Washington to push for al-Kandari’s release shortly before Obama caved into the request.