A club at a taxpayer-funded university in Florida advocates violence against political conservatives and trains members in a “leftist fight club” open to everyone but Republicans. The group is called Knights for Socialism and, though there are hundreds like it in college campuses across the country, it appears to be in a class of its own for openly threatening violence. Judicial Watch obtained records under Florida’s Sunshine Law about the group which is operating at the University of Central Florida (UCF), a publicly-funded institution in Orlando with an enrollment of about 55,000.

The club’s mission is to “establish a new society based on socialism in which democracy is extended from politics to the economy and where production of goods and services is based on human need instead of private profit,” the records obtained by Judicial Watch state. The group describes itself as a “coalition of Marxist-Leninists, Anarchists and Democratic Socialists” and assures “no discrimination shall be made on the basis of race, color, religion, sex, national origin, age, disability, marital status, sexual orientation, gender identity, gender expression, or veteran status.” The Knights for Socialism claims in its college club application form that all students are welcome to join because “we are all comrades.” However, in social media posts promoting its leftist self-defense classes, the group states “this event is open to everyone and anyone, EXCEPT REPULICANS.”

In the records obtained recently by Judicial Watch, the university includes a cover letter noting that the Knights for Socialism has not yet been formally approved by the administration, which is still reviewing the application. “This organization has only recently submitted their materials to become a registered student organization, they are not yet an officially recognized registered student organization,” the letter accompanying the group’s constitution states. “These documents have not been reviewed or approved by the Office of Student Involvement.”

But it appears that the Knights for Socialism has been quite active on the sprawling campus and the club has utilized social media to promote its violent and hateful leftist powwows. The news site of a group dedicated to exposing bias and abuse at the nation’s college campuses has published the alarming details. At a recent Knights for Socialism workshop the UCF club taught left-wing students to “BASH THE FASH” (beat up Republicans) with a “Leftist Fight Club.” The event was open to everyone but Republicans. The social media event page read like this: “In response to the record number of hate crimes against Latinas, Immigrants, Muslims, Women, the LGBTQIA+ community, Jews, African Americans and other minorities since the rise of Donald Trump and other Alt-Right Neo-Nazis, Knights for Socialism has decided to host a series of self-defense clinics for anyone that wants to learn how to BASH THE FASH.”

An amateur boxer offered hand-to-hand combat techniques at the leftist self-defense event to teach socialist students how to protect themselves from hate crimes by those who sympathize with “Donald Trump and other Alt-Right Neo-Nazis.” Women were specifically urged to attend, the article says, because a rise in sexual violence is expected during the Trump presidency. “Ladies: The Commander in thief is a sexual predator and rapist,” the Knights for Socialism warn in their promotional material. “He has normalized sexual assault and it is expected that sexual violence against women is going to skyrocket in the next 12 months. Please join us! There will be other women there for you to spar against!” The group promoted its event with an illustration of a Nazi soldier getting kicked in the stomach, presumably by a socialist. A large swastika hangs over their head with the following messages; “kick their ass,” and “stop the alt-right.” 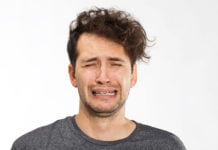