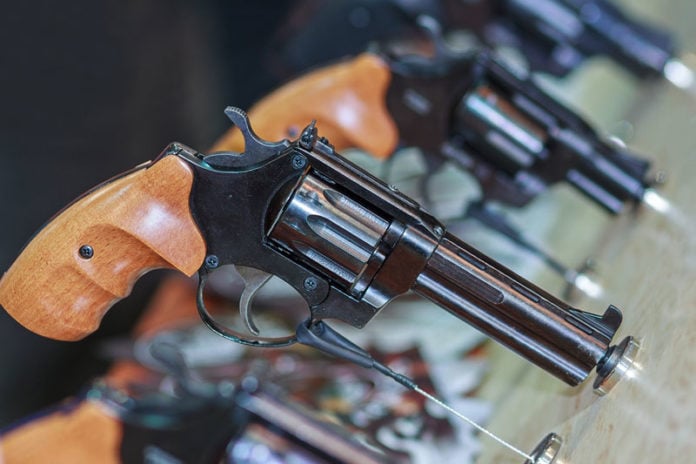 According to recent reports along the U.S. border with Mexico, the number of illegal immigrants trying to enter the United States is again spiking, and could rival the wave of illegal crossings in 2014. Facing this problem, one would hope that a priority for federal immigration officials would be to focus on employing new technologies to improve chances for catching criminals who have thus come into our country. Federal immigration officials, however, appear more interested in using new-fangled technology to intimidate and harass American citizens who decide simply to drop by lawful gun shows.

As discovered in an analysis of government emails by the Wall Street Journal, a joint program between local law enforcement and U.S. Immigration and Customs Enforcement officials has been using license plate-reading technology to track gun show attendees. According to the Journal, the program dates back to 2010, and likely spread far beyond the original target area of southern California. It is possible that if you have attended a gun show in any state in the last the half-decade, your personal information is now stored in a government database.

To make matters worse, ICE apparently has no explicit policy in place limiting the use of license plate readers, or how information gathered thus far is shared with other agencies, or how it is stored and for how long. As we’ve seen previously in states like Maryland, which allegedly used concealed carry permit data shared with them through the shady and unaccountable network of intelligence “Fusion Centers,” it is conceivable that personal information collected from gun shows can be, and likely will be, used to target innocent Americans now and in the future. After all, a person would not even have to purchase a firearm at one of these gun shows to end up in a law enforcement database.

Such schemes attempting to link gun ownership to border crime is all too familiar for an Administration responsible for the “gun-walking” debacle known as “Fast and Furious.” But this latest revelation is a frightening reminder of just how far the Obama Administration is willing to go to chill law-abiding citizens’ exercise of their Second Amendment-guaranteed rights.

President Bill Clinton’s support for gun control measures was well-known. And, during the first two years of his Administration, when the Congress remained under firm Democratic Party control, Clinton pressed his anti-Second Amendment agenda through legislative measures; resulting in the so-called “Brady Bill” which he signed into law in 1993, and the “Assault Weapons Ban” the following year.

Barack Obama, however, not having a compliant Congress to work with (other than during his first two years, from 2009 to 2010), clearly prefers sneakier ways to move his anti-gun agenda forward. Thus, the use of federal regulatory agencies with no clear or even lawful jurisdiction over firearms, to limit the Second Amendment. Abusing the regulatory powers of the FDIC to pressure banks into severing ties with companies that engage in lawful firearms transactions in “Operation Choke Point,” is but the most outrageous example of this approach; there are numerous others, ranging from those involving the departments of State, Health and Human Services, or the Centers for Disease Control.

The recently revealed license plate-reading scheme, however, is a particularly nefarious tactic by the Obama Administration, insofar as it indiscriminately ensnares anyone who attends a gun show for any reason. All such persons become suspects in the eyes of law enforcement officials; including people who might merely be shopping for knives, or who had dropped by to view or participate in non-gun related exhibits popular at such shows.

This program illustrates the fundamental problem with dragnets such as these employed by ICE: potential “guilt” is determined not by any evidence of criminal forethought or activity, but by algorithms and connecting dots that fit the government’s perception of “suspicious activity”; even if such activity is completely legal and constitutional. For example, it is not far-fetched to envision that a person tracked at a gun show, and then tracked again at a school, could suddenly find himself surrounded by SWAT teams ready to shoot what the government’s computer program concludes is a possible killer, but is in reality nothing more sinister than a father picking up a child at school after dropping by a lawful gun show.

The government may see its gun show surveillance program as a clever way to catch gun “runners,” but it is simply another way to chill our Second Amendment rights.