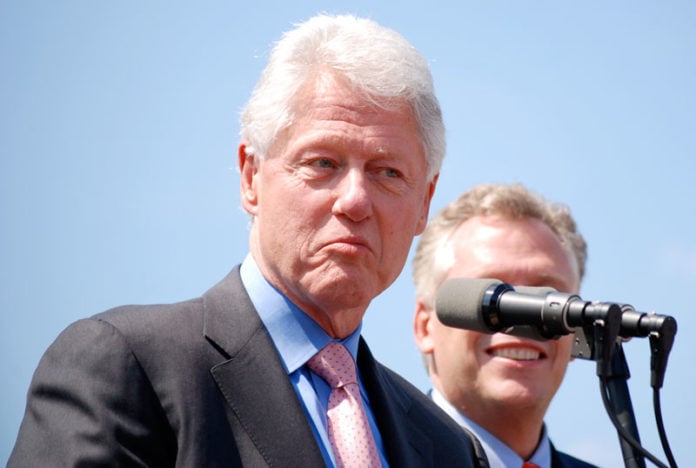 As Hillary loses another state to democratic socialist Bernie Sanders, the Clinton family is out campaigning. But something’s wrong. They are totally out of touch.

Bernie Sanders seems to be highly in touch with the Democrats and where they want to go as a party. He understands they youth and what is important to them.

What Hillary doesn’t understand, is how Bernie is doing so well. She is starting to crack and starting to really show how out of touch she is.

Here is a video clip of Hillary blowing up at a reporter and calling Bernie and his campaign staff liars.

Hillary also doesn’t really know what it is like to be poor. When she left the White House she was “broke”. Remember? If you don’t, watch this.

In March she really was proud of Nancy Reagan, but she was either making the whole thing up or was clearly mistaken.

Bill Clinton won his elections by dominating the south. The smooth saxophone player was called “The first black president”. Now he misses it.

The former president compared the GOP primary and debates to a rap tune on MTV. This is coming from the former “first black president”.

Clearly the two are out of touch and they are starting to get really scared about Bernie, and they should because he has won 11 out of the last 13 states. But just because we all think Hillary is out of touch doesn’t mean Bill does. (Notice how he stumbles to find ways that Hillary has helped “ordinary” people.)

What do you think? Are the Clintons out of touch? Let us know in the comments.