Women Against Gun Violence (WAGV), a non-profit organization established to indoctrinate the public, political leaders, policymakers and the news media about the ravages of “gun violence”, has released a new public service announcement (PSA) called “Keep Your Finger Off the Trigger.”

The “superbly-crafted video” which creators describe as an “innovative” and “provocative” uses grotesque animated imagery, poop play and other creepy visuals to, the say, urge young people to leave guns alone. According to producers:

The bold nature of the video aims to leave a lasting impression with millennials, a generation whose attention the gun violence prevention movement doesn’t have right now.

“This may not be your dinner table video but it gets the point across, and it gets people talking which is the ultimate goal,” says Josh Stepakoff, gun violence survivor and WAGV’s youngest board member.

“I want my peers, the millennial generation, to use their power to affect change, and I believe this PSA will help get them engaged in the conversation.” Stepakoff said.

WAGV wants to “engage” America’s young people in a conversation about guns on college campuses.

WAGV cited campus shootings like the University of California, Santa Barbara (UCSB) shooting in 2014 that killed 7 and wounded 7 and the Virginia Tech (VT) shooting in 2007 that killed 32 and wounded 17 as the reasons for the ad campaign at a time when the debate about permitting firearms on college campuses is heating up.

“College campuses throughout the United States remain extremely safe environments without the presence of concealed handguns.”…”And data shows that college campuses where concealed carry of guns is permitted, the crime rates actually increased while the student population decreased.”

What Ms. Bennett ignores is that gun possession was banned on the UCSB and VT campuses at the time the shootings occurred and that the prohibition had zero effect on the perpetrators of “gun violence” in each instance.

Those in favor of permitting firearms on campus say gun bans only serve to restrain law-abiding students and the free exercise of their Second Amendment rights and do nothing to stop people bent on killing – especially in a “gun free environment” – where killers know every victim is unarmed. 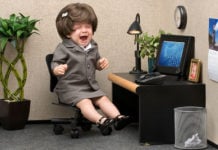