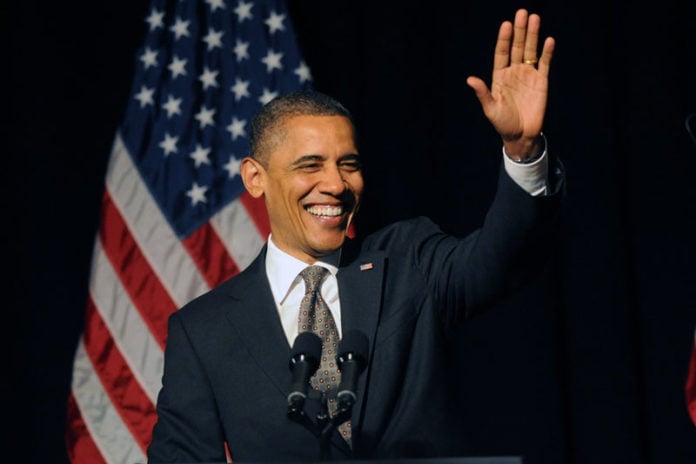 Herds of African immigrants are being housed in shelters in the Mexican border town of Tijuana while they await entry into the United States under what appears to be a secret accord between the Obama administration, Mexico and the Central American countries the Africans transited on their journey north.

A backlog of African migrants is overwhelming limited shelter space in Tijuana and Mexican officials blame the slow pace of U.S. immigration authorities in the San Isidro port of entry for granting only 50 asylum solicitations daily.

Details about this disturbing program come from Mexico’s immigration agency, Instituto Nacional de Migracion (INM), and appear this week in an article published by the country’s largest newspaper. “Mexico is living through a wave of undocumented Africans, due to a humanitarian crisis on that continent, that has saturated shelters in Tapachula, Chiapas, and generated pressure on shelters in Tijuana, Baja California,” the news article states.

The African migrants’ journey begins in Brazil under a South American policy that allows the “free transit” of immigrants throughout the continent. Ecuador, Costa Rica, Nicaragua and Panama facilitate the process by transferring the concentration of foreigners towards Mexico based on an agreement that Mexico will help them gain entry into the U.S. so they can solicit asylum.

The Africans are mostly entering Mexico through the southern state of Chiapas, which borders Guatemala. This week alone 424 Africans arrived at the Chiapas immigration station, which is situated in Tapachula.

Shelters in Tijuana currently have 154 migrants from African countries waiting on their U.S. asylum solicitations, according to figures provided by the INM. “The undocumented don’t want to stay in Mexico,” the news article clarifies.

“They want to make it to U.S. territory to solicit asylum based on the life conditions that prevail in the continent.” Authorities in Tijuana are offering support to migrants from El Congo, Somalia, Ghana and Pakistan to facilitate entering the U.S. through the San Isidro crossing, according to the news story. San Isidro is the largest land border crossing between San Diego, California and Tijuana.

The Obama administration has done a great job of promoting its various back-door amnesty programs, which include perpetually extending a humanitarian measure designed to temporarily shield illegal immigrants from deportation during emergencies.

It’s known as Temporary Protected Status (TPS) and in the last few years migrants from several African countries have received it so the new influx is not all surprising. Guinea, Liberia and Sierra Leone got TPS back in 2014 over the lingering effects of the Ebola Virus and earlier this year Homeland Security Secretary Jeh Johnson extended it.

The administration cited the “continued recovery challenges” the African countries face for the extension.

Last summer Johnson extended a TPS for Somalians until March 17, 2017, which could have served as a driving force behind the sudden surge via Latin America. A notice in the Federal Register says the extension was warranted because the conditions in Somalia that prompted the TPS designation continue to be met.

“There continues to be a substantial, but temporary, disruption of living conditions in Somalia due to ongoing armed conflict that would pose a serious threat to the personal safety of returning Somali nationals, as well as extraordinary and temporary conditions in the country that prevent Somali nationals from returning to Somalia in safety,” the notice states. “The Secretary has also determined that permitting eligible Somali nationals to remain temporarily in the United States is not contrary to the national interest of the United States.”