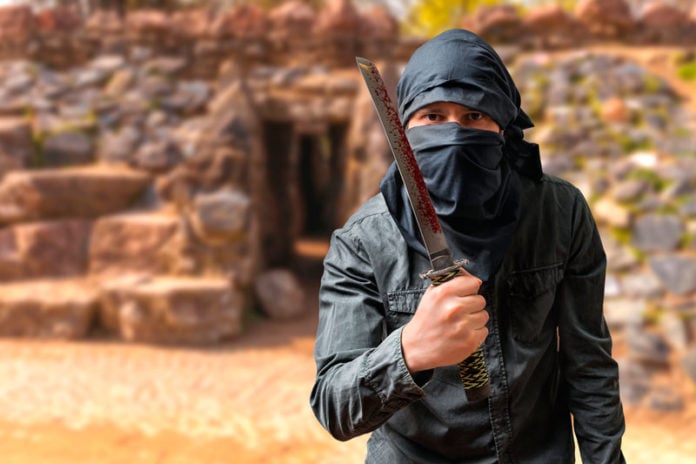 Corroborating what Judicial Watch uncovered years ago, a U.S. military intelligence report discloses that Muslim terrorists are being smuggled into the country through Mexico. The government calls them Special Interest Aliens (SIA) and Latin American smuggling networks are helping them cross the border, according to information obtained from a U.S. Southern Command (SOUTHCOM) Intelligence dispatch.

Located in Miami, Florida SOUTHCOM is one of nine unified combat commands in the Department of Defense (DOD). It’s responsible for providing contingency planning operations and security cooperation in Central and South America as well as the Caribbean. The internal assessment on SIA smuggling has not been made public, but a conservative Washington D.C. online newspaper obtained key points from the command’s J-2 intelligence directorate. A SOUTHCOM Army colonel told the paper that in 2015 more than 30,000 migrants who entered the U.S. through the southwestern border were from countries of “terrorist concern.”

The new SOUTHCOM report specifically mentions Sunni extremists, the news article states. The terrorists are using a known alien smuggling network in Latin America to reach the U.S. but the network has not been identified by military officials. “Networks that specialize in smuggling individuals from regions of terrorist concern, mainly from the Afghanistan-Pakistan region, the Middle East, and East Africa, are indeed a concern for SOUTHCOM and other interagency security partners who support our country’s national security,” a SOUTHCOM Army Colonel, Lisa A. Garcia, says in the story.

“There are major hubs that serve as entry points into the region for migrants from those areas of concern attempting to enter the U.S. along our border with Mexico.”

Judicial Watch has reported for years on the critical national security threats created on the southern border by Islamic terrorists teaming up with Mexican drug cartels to infiltrate and attack the U.S. As part of an ongoing investigation Judicial Watch has interviewed local, state and federal law enforcement officials as well as military sources on both sides of the border. Our reporting confirmed that ISIS has a training cell just a few miles from El Paso, Texas in an area known as “Anapra” situated just west of Ciudad Juárez in the Mexican state of Chihuahua. We also verified that Mexican drug cartels are smuggling foreigners from countries with terrorist links to stash areas in a rural Texas town called Acala. Once in the U.S., the SIAs wait for pick-up in the area’s sand hills just across a state road several dozen miles from El Paso.

Earlier this year Judicial Watch uncovered State Department records confirming that “Arab extremists” are entering the U.S. through Mexico with the assistance of smuggling network “cells.” Among them is a top Al Qaeda operative wanted by the FBI. The government documents also reveal that some Mexican smuggling networks actually specialize in providing logistical support for Arab individuals attempting to enter the United States. The top Al Qaeda leader in Mexico was identified in the State Department records, via a September 2004 cable from the American consulate in Ciudad Juárez, as Adnan G. El Shurkrjumah.

In December, 2014 Shukrijumah was killed by the Pakistan Army in an intelligence-borne operation in South Waziristan. But before he died Shukrijumah helped plan several U.S. attacks, including plots to bomb Oprah Winfrey’s studio and detonate nuclear devices in multiple American cities. For years Shukrijumah appeared on the FBI’s most wanted list and, despite being sought by the agency, he crossed back and forth into the U.S. from Mexico to meet fellow militant Islamists in Texas. Back in 2014 Judicial Watch reported that, as one of the world’s most wanted terrorists, Shukrijumah piloted an aircraft into the Cielo Dorado airfield in Anthony, New Mexico.

In 2014 Judicial Watch also exposed a plot by Islamic terrorist groups operating in the Mexican border city of Ciudad Juárez. Judicial Watch’s high-level law enforcement and intelligence sources specifically identified ISIS in the plot and confirmed that a warning bulletin for an imminent terrorist attack on the border had been issued. Agents across a number of Homeland Security, Justice and Defense agencies were placed on alert and Ft. Bliss, the U.S. Army post in El Paso, increased security measures. Military experts contacted by Judicial Watch said the increased security at a key Army base near the Mexican border indicates the facility was a target. Military installations in the U.S. only make changes to security measures when there are clear and present threats, according to the senior military officials.