Caitlyn Jenner’s new reality series, “I Am Cait,” may be in trouble–in just its second week.

Though the series premiere garnered about 3 million viewers, only 1.3 million people watched this week’s episode.

That’s about a 53% decrease between weeks–a tremendous ratings collapse.

The documentary show depicts Jenner–who was once known, as a man, as 1976 Olympic hero Bruce Jenner–and her journey as transgendered woman. (And, as she admitted last week, a Republican woman at that.)

Jenner announced she would be transitioning into female earlier this year, in a sit-down interview with Diane Sawyer, and made her first public appearance as “Caitlyn” on the cover of Vanity Fair magazine, posing in skimpy lingerie.

The low ratings come along with tepid critical response–with the New York Post calling the show an “unwatchable mess.”

The Post went on to criticize it for falling in a gray area between a serious documentary and cheap reality television, which “leaves viewers unsure what exactly they’re watching.”

“I Am Cait” has just six episodes remaining–and it’s unclear whether or not the show will (or intends to) continue with a second season. 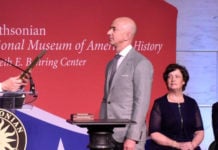 Does Amazon Have Too Much Power? Is Caitlyn Jenner Going Back To Bruce Jenner? How Ted Cruz Lost The Gay Vote Within Six Seconds