Remember when Rashida Tlaib, the “Unbossed” Congresswoman for Michigan’s 13th district decided to attend a Trump rally and got kicked out?

The Muslim American was kicked out of the rally after calling the people in the room, “crazy.” The video is making its round again on social media and is this what we have to look forward to in 2020?

If you watch the video, it isn’t the people sitting down listening that look crazy, it’s the screaming woman being removed by security.

This is Rep. @RashidaTlaib a Member of U.S. Congress … pic.twitter.com/1ripK7Zk8s

The left can say all they want about Trump being hateful and derogatory, but with the way the left acted in the last election, nobody has the moral authority. This video is evidence that some on the left truly think that the right is “crazy” and that the Democrats are the more wise and peaceful party. That simply is not true.

Although both parties have a lot to work on, no solutions will ever be found if the Democrats write off half of America as “crazy”. Similarly, the right can’t write off all Democrats as “snowflakes”. Compromise has to be found.

Despite Trump’s “brash” words on Twitter, he is doing a lot of the things he promised during his campaign. The economy is good right now his political record is looking pretty good going into 2020.

Instead of his record, he’s being attacked on every other front. It’s just getting worse too. Remember the viscous animosity towards George W. Bush when we went to war. That was bad.

Remember heinous attacks from some on the right towards Obama that were completely over the line at that point.

The abuse Obama took was somewhat limited because of the relationship the Democratic Party has with corporate media and television. That isn’t the case with Trump. The attacks over the last four years have been relentless.

This political season is going to be a nightmare. More than likely, we can expect more videos like the one above.

Without some mutual respect and some civility, we’ll never move forward. Videos like this one should warn us of the future that is coming, and it does’t look good. It looks “crazy”. 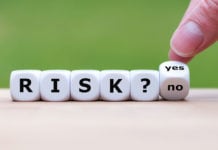